As part of their Geology Main Lesson block, the sixth grade, under the guidance of Anthony Yaeger and Jeannine Davis, recently took a field trip to Garvies Point Museum and Preserve in Glen Cove. During their visit, the students learned about how native people on Long Island once harvested a special variety of clay (iron oxide concretions, locally known as “Indian paint pots”) found at the preserve. Not only did they study the cultural significance of the material, but they also had the opportunity to apply the sculpting techniques they learned about, while working with the exact same clay which originated during the Cretaceous Period, that is estimated to be millions of years old. (Learn more at the Garvies Point website) This experience was followed by a lesson about stream erosion as the museum staff explained how the unique appearance of the Garvies Point shoreline clearly reveals the erosion process. They showed the class how the slumped sections of the cliff side were produced by the water eroding the clay at the base, causing the cliff to slowly slump into the earth. Meanwhile, in areas of the shore that have less clay at the base, steeper cliffs that had not slumped down. This demonstration showed the class just how powerful the effects of erosion can be on the topography of an area. The sixth grade finished the day with an exploratory walk through the preserve. Highlights included their ability to see the actual deposits of multi-colored clay along the sides of the shoreline below. This time spent on the beach enriched the students understanding through up-close observations and the ability to feel the clay in its original and natural state. They were fascinated by the realization that many of the rock-like shapes along the shore were actually large chunks of the clay embedded in the ground. The students also enjoyed hunting for fossils and crabs, heightening their sensory experience of the nature preserve. ​

See more photos below. To learn more about our middle school approach to trips, click here. 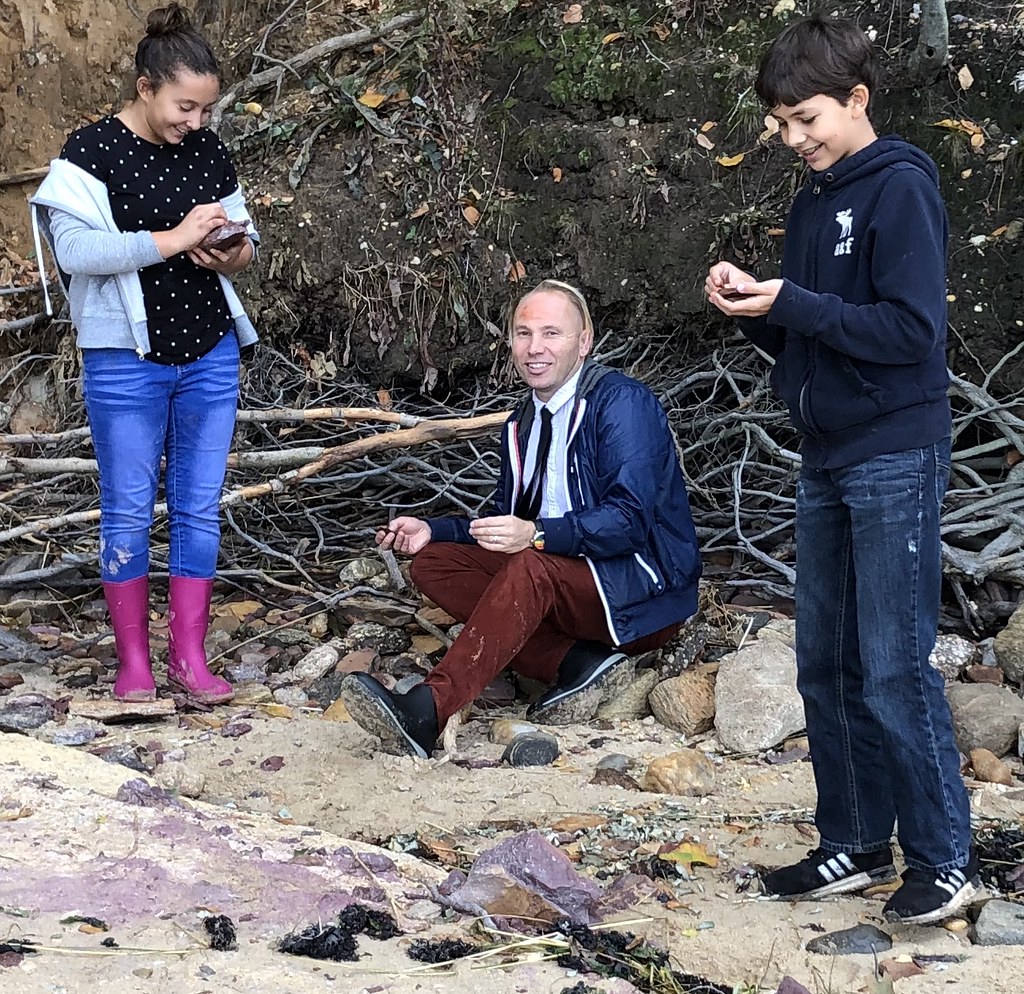